Tomorrow: Who should be (guest) judges next year? 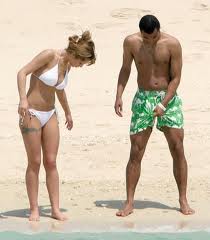 Today we found that a third college Christine O’Donnel said she attended had no record of ever knowing her. I’m starting to wonder if she ever went to Hogwarts.

The majority of these comments are from our resident writer/twitterer @radiogagger. The rest are credited where applicable.

What did Gamu say to upset Cheryl? My favourite footballer is Ashley Cole and I used to work in a nightclub toilet…

That girl band Belleamie are all over the place, should have worn matching clothes to make it less painful.

Simon knows that everyone wacthes the first few weeks for the freaks, then switches off, hence the high mental count in live stages.

so is it tracy, trace, tracey, treycy or trey?

they saving gamu till the last act yeah?

danni “this should be your dayjob” yeah but what about the clubcard points and attractive share buy scheme?

i’ve been to ballyfermin #xfactor come on mary

another one for mental factor i’d mentor, we could tour this lot, cher, katie, storm, shirlene, michael barrymore, anne widde-bomb

Simon “i’ve got news for you. I used to own that jacket.” amazing what you can pick up in the oxfam shop these days (paije)

Dermot: And paije where would you ad tonight if you hadn’t got the wild card?”  the all you can eat for a fiver buffet at a guess

alongside the +28s, boys, girls and groups, they’re should have a mental section, mentored or mentalled by me and @ladygaga

have diva fever come straight from the cycling show at earls court? Would explain the clothing.

so they’ve stopped using auto-tuning then?

Tunnellingluke My names Cher, I look like a 40 yr old crackwhore, my only performance of note was a solja boy cover, and Looks like I’m gonna win #xfactor

Tunnellingluke Did I ever tell you bout the time I gave Usher dance lessons? ….. Nevermind it’ll keep 😉 #xfactor

Hand picked, the stuff you should and a few you shouldn’t watch for the following week…

ITV1 – X Factor (now all the freak auditions are finished it might become a miss until the final, but we’ll stick with it this week)

MISS: My Big Fat Gypsy Wedding, BBC Breakfast 6am (On A sunday, this is for insomniacs)

MISS: Grimefighters, conveniently scheduled against Eastenders (ITV have given up the ghost on this count)

MISS: Seven Days Channel 4 – really nothing much happened so far in two weeks.

BBC1 –Would I Lie To You

Vote Konnie or someone else?

This news brings new meaning to the show ‘Screenwipe’! 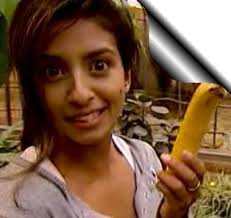 How comes this is a magazine supplement and not a TV programme?! 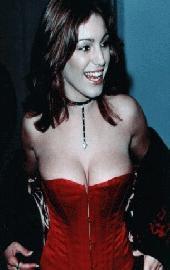 With Cheryl Cole winning this year, the XX Factor?
Pop Off The(ir) Tops?

Have you received a picture text from Ashley Cole?
Call the anti-bell end hotline where Mrs Pratt is waiting to take your details (and share with the press)